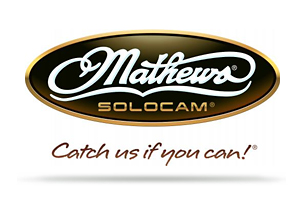 Leading producer in the compound bow world Mathews Inc, who has not been participating in the ATA Trade Show, organized their dealers a grand-scale fair and sales day in Dells, Wisconsin. Over 320 Mathews dealers were represented at the event, most from the USA but also from Europe, New-Zealand, South Africa and Southern America. Among them also Falco. In addition, over 80 different bow equipment suppliers and licensed parters of Mathews were represented with their exposition as well.

Mathews, who quite rightfully can be called the Harley Davidson of archery industry, offered a variety of products and solutions which could be tested hands on right at the site. The 2010 collection of Mathews is impressive as well - all the new models Monster 7.0, Z7, Passion and Triumph all promise to become the market leaders in their own categories. In addition Mathews dauhter brand Mission which is a bit cheaper, has also launched a new variety of models so there was plenty to watch and test.

All the collections can be viewed at www.mathewsinc.com and www.missionarchery.com

We also had an exclusive chance to visit the McPhersion Guitar factory owned by the owner of Mathews Inc Matt McPherson. These guitars which sell for a minimum $ 5500 are one of the most valued acoustic guitars in the industry. ( see www.mcphersonguitars.com )

Soon Falco will get our first order of Monster 7.0-s and Z7-s which have both been met by interest from local top shooters.