Last weekend Falco was represented at the 12. internationale Bogen- und Messermacher Messe in Eisenbach, Germany. Visiting this mainly traditional fair has become a habit for us as our dealer in Germany Bowra has been doing a great job at representing Falco in the German market. Bowra now also sells our newestmodel The Storm which promises to be a hit in Germany as it has been in several other countries. See this short hunting and horseback bow under our products.

The fair was nice as always with a lovely weather and plenty to see as Germany is a well-established traditional market with plenty of suppliers in all the possible categories. We look forward to returning next year with an even better selection and nicer bows though in this competition Falco already has nothing to be ashamed of. 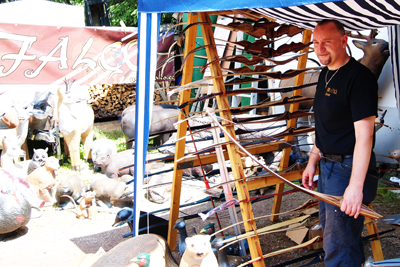 Jens - our Bowra representative at his stand 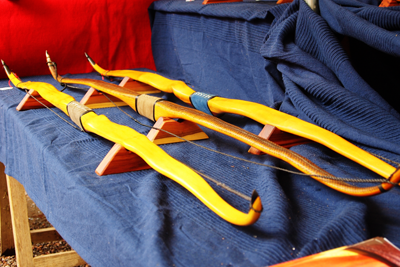 Some wonderful osage selfbows on display at the fair 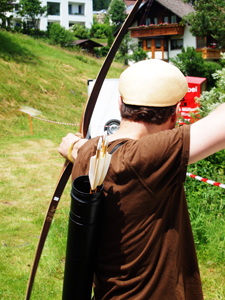 Falco Trophy being tested by a customer